Dia Internacional das Crianças Vítimas de Agressão
(International Day of Innocent Children Victims of Aggression). Unfortunately, reports of child abuse and violence against children appear almost every day. Not only in Brazil or in the Netherlands, but in the entire world. It is estimated that in Europe only, more than 1300 children die because of violence every year. On 19 August 1982, at its emergency special session on the question of Palestine, the General Assembly, “appalled at the great number of innocent Palestinian and Lebanese children victims of Israel’s acts of aggression”, decided to commemorate 4 June of each year as the International Day of Innocent Children Victims of Aggression (resolution ES-7/8).

“On this solemn occasion, we need to recall the sacred duty, enshrined in the United Nations Declaration of the Rights of the Child, to ensure that all children, without any exception whatsoever, enjoy special protection.” 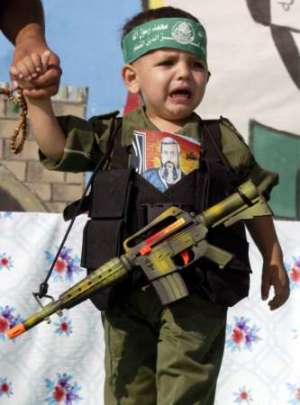 The opening was accompanied by the leaders of 180 nations.

Dia do Escrevente de Cartório
(Register office employee). In Brazil, a lot of bureaucratic documentation is required for any legal procedure. Therefore, there are many so-called cartórios – register offices – for a variety of official documentation, verification or registration. Many of such cartórios are specialized in one segment of documentation and legislation.

Dia Internacional do Cacau
(International Cocoa Day). This day was installed in 1948 by the Brazilian executive committee of the cocoa plantation planning (CEPLAC: Comissão Executiva do Plano da Lavoura Cacaueira). The Theobroma cacao is a native plant from the Latin American rain forests. The trees thrive best in shady conditions. The scientific name indicates that Mayas considered the fruits as a gift from the gods. In the sixteenth century, the Spaniards tasted the beverage made of cocoa beans for the first time, and soon cocoa beans were introduced in Europe. Ivory Coast is the world’s largest cocoa producer, followed by Ghana and Indonesia. Brazil has a lesser share in the cocoa world production.

1645
Start of the Revolt in Pernambuco.

The Revolt of Brazilians and Portuguese, commanded by João Fernandes Vieira, started in Capibaribe Valley. They revolted against the Dutch occupation, shortly after Johan Mauritz’ return to The Netherlands. The revolt resulted in the end of the Dutch Period in Brazil: the Dutch left their colony in 1654.

Three months later, the same Pedro declared Brazil independent from Portugal, and was – one month later, on 12 October – crowned the first Emperor of Brazil.

He was known as ‘o cientista dos beija-flores’, the hummingbird scientist.

Dia internacional do Pólen
(Pollen). Pollen, often carried by the bees. They transport it from flower to flower, and hereby contribute to the multiplication of plants. For a group of people, pollen is a curse: they are allergic to it. In spring and early summer, when numerous plants and trees are flowering, many suffer some kind of pollen allergy. Pollen is not only the base for honey, but it is also found in various extracts, against prostate problems and hair loss, among others. Indeed, it seems to sort some effect to male hormones. IT is claimed that one of the bee products, propolis, may have medicinal, anti-bacterial, and anti-fungal effects. The bees produce propolis for the construction of the honeycomb walls. Propolis, a resin-like product with a bitter taste, is popular among Brazilians. With the appearance of the first symptoms of a cold or fever, propolis is used.

The journalist, working for Rede Globo, was assassinated by drug traffickers in a favela.

1880
Passage of D. Pedro II and the imperial family through Tindiquera, Araucária, Paraná

1917
End of Brazilian neutrality in the First World War

A start was made of entering German vessels.

2004
Heavy rainfall in the state of Alagoas, state of emergency declared in Maceió.

(Brazilian Press). Until 1999, this day was celebrated on 10 September; this day refers to the first issue of Gazeta do Rio de Janeiro in 1821. However, another (illegal) newspaper was already circulating, prior to this first issue:  the Correio Brasiliense, in 1808. At that time, it was strictly forbidden to print any book, magazine, or newspaper. On 1 June 1808, Hipólito José da Costa published the newspaper’s first edition. het eerste nummer van de krant. However, this newspaper was not printed in Brazil, but in England. The newspaper was published once a month, and was illegally transported to Brazil by boat. Hipólito was responsible for alle editions for a period of fourteen years, unti Brazil gained independence. Hipólito was convinced that he had reached his goals, and withdrew the newspaper. On 21 April 1960, the day of the inauguration of the new federal capital, Brasília, Assis Chateaubriand made a restart with the newspaper.

Dia Nacional de Prevenção de Incêndios Florestais
(Prevention of bush fires). Quite an actual subject, because there are still many bushfires that destroy significant areas of the Amazon and Atlantic forests.

1998
Start of the sales of Viagra in Brazil

1880
Visit of D. Pedro II and the imperial family to the city of Lapa (PR)

They were invited by Barão dos Campos Gerais

1926
Inauguration of the electric tramline in Aracaju (SE)

1930
Travel of senator Epitácio Pessoa to The Netherlands

Approval – by the senate – of the creation of the Ministry of Defense.

Dia Mundial sem Tabaco
(Tobacco-free World). Ample evidence links smoking behavior to long diseases. Therefore, smokers are being discouraged to continue their bad habit. Worldwide, governments implement laws and directives to battle smoking and smoking-related diseases. A growing number of countries have laws that prohibit sales of tobacco products to minors, and that cigarette packages should be covered with deterrent pictures.

Dia da Aeromoça e do Comissário de Bordo
(Flight Attendant). The data refers to the foundation of International Flight Attendant Association (IFAA) in Rio de Janeiro in 1973. The first flight attendants appeared in 1930, when they were employed on an Boeing Air Transport Airplane, between Oakland and Cheyenne.

Dia de Combate ás Formigas Cortadeiras
(Combat against Leafcutter Ants). This ant species (Atta Sexdens) is very common in Central and Southern America. They are easily observed when marching in long columns, carrying pieces of leaves. They live under the ground, until ten meters deep. They live from a certain fungus type; the leaves are needed to feed the fungi, which form a kind of a tuber. The ants eat these fungus tubers. They contribute in soil disturbance and mix it with plant remains. They are harmful when they cut leaves from farm crops.

1875
Arrival of the vessel Rivadávia, with 150 Italian families, in Brazil

1990
Start of the circulation of Cr$ 1.000,00 bill with the portrait of Cândido Mariano da Silva Rondon

Dia das Bandeirantes
(Girl Scouts). On 30 May 1919, Adéle Lynch organized an informative meeting in her house in Rio de Janeiro. She wanted to create a unit of Girl Scouts in Brazil, as was requested by Lord Baden Powell in a letter to her. The “Associação das Girl Guides do Brasil”, was eventually renamed into “Federação de Bandeirantes do Brasil” . On 13 August, the first 11 girl scouts were sworn in.

Dia do Geólogo
(Geologist). The day was established in 1962, when the profession was regularized by law.

Dia Internacional do Desafio
(International Challenge Day). In 1983, an idea was born to save energy in a small Canadian town. In winter, at  3 pm at a temperature of minus 20 degrees centigrade, the inhabitants were requested to switch off the lights at home, and to lower the central heating, while they would walk around for fifteen minutes. The town was able to calculate the collective energy consumption and how many inhabitants were indeed participating. This initiative was then moved to May, and introduced in a growing number of countries. At present TAFISA (Trim and Fitness International Sport for All Association) is organizing this day. In Brazil, the activities are organized by SESC. In 2006, no less than 50 million Southern Americans were active in almost 3000 locations.

1843
Marriage of D. Pedro II with Teresa Cristina de Bourbon
Dom Pedro was 16 years old and was absent during this wedding ceremony.

1980
Explosion of two bombs at the editorial of the journal Hora do Povo, in Rio de Janeiro

2006
Re-inauguration of the tram line which carries tourists to Cristo Redentor, in Rio de Janeiro.

Dia Internacional dos Mantenedores da Paz das Nações Unidas
(UN Peacekeeping Force). Since 1948, thousands of ‘blue helmets’ have been sent, with a mandate provided by the UN Security Council, to conflict regions anywhere in the world. Brazil participates with over 2200 soldiers, mainly in the Haiti mission. On 29 May 1948, the first UN Peacekeeping mission: United Nations Truce Supervision Organization (UNTSO), based in the Middle East. This mission is still going on. In 2001, the day was established by the General Assembly. 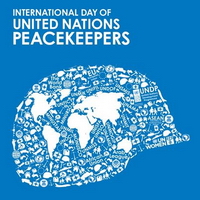 Dia do Geógrafo
(Geographer). Geography describes the physical (Physical Geography) and human (Human Geography) aspects of the world around us. A  versatile profession, thanks to our rapidly changing world. This day was established in 1945. Before 1945, the day of Geographical Engineer was held on 11 December, for 12 years. 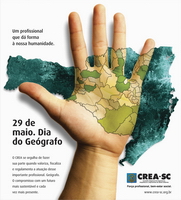 Dia do Estatístico
(Statistician). THe day refers to the foundation of the Brazilian Institute for Geography and Statistics (Instituto Brasileiro de Géografia e Estatística; IBGE), in 1936. IBGE provides Brazilian statistical data, such as data of the census, most recently held in 2010. 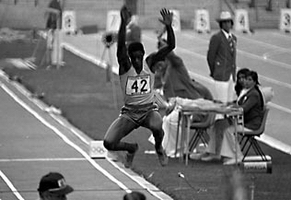