(Brazilian Popular Music). The Bossa Nova era (late fifties, early sixties of the past century) came to an end. Another, new style, with influences from Northern American jazz, was being created: MPB, Brazilian Popular Music. The start of the MPB era is contributed to the song ‘Arrastão’, sung by Elis Regina, in 1965. Composers of this song were  Vinicius de Moraes and Edu Lobo. MPB is a music style, which was some kind of sounding board for protest songs in the early years of the dictatorship. In that time, this MPB genre was called Tropicália, which lasted until late sixties. MPB continued to exist, but became a term for a much broader variety of popular music. Many famous Brazilian singers and bands have MPB songs in their repertoire.

Some examples of MPB :

(Elderly). On 21 September, there was already Dia do Idoso, and on 1 October is the International Day of the Elderly.

(Organ donation). The Brazilian Ministry of Health boasts to have the world’s largest public organ donation system. in 2006, 11 thousand transplantations were performed in public clinics, and more five thousand in private clinics. According to recent numbers, almost 70 thousand Brazilians wait for a donor organ.

(Singer). There is another Dia do Cantor on 13 July.

1953
Start of TV broadcasts of TV Record, in São Paulo.

The broadcast started at 8 pm, Brazilian time, with a music program, presented by Sandra Almaral and Hélio Ansaldo. In the first years, TV record focused on music, entertainment, and sports. In 1955, TV Record emitted a live broadcast of a soccer match, for the first time. In 1960, there was the live registration of the inauguration of Brasília, the new capital of Brazil. The first color broadcast was in 1972, about Festa da Uva in Caxias do Sul (RS). In the seventies of the past century, there was the start of the legendary comedy series ‘Os Trapalhões”, and TV personalities as Sílvio Santos and Chacrinha made their debut. One of their most popular programs at this moment is “Hoje em dia”, with former model Ana Hickman, as one of the TV hosts. 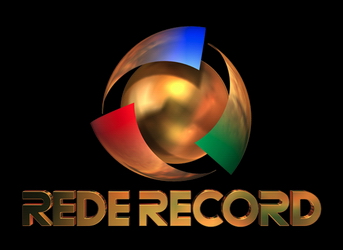 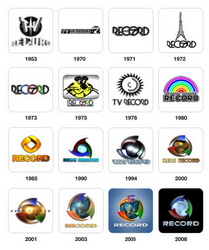 One of the most striking personalities  of the Brazilian politics in the state of Rio de Janeiro was Tenório. He was a controversial person, he wore a  a long, black cape (‘homem da capa preta’) and regularly showed his machine gun, he was carrying, with pride. Tenório always was surrounded by bodyguards. Thanks to his controversial actions, he made many enemies, who made various attempts to eliminate him. Tenório regularly showed the forty scar tissue marks of supposed bullet wounds in his body. He also did not avoid violence, he was accused of murder twice. He died of the consequences of pneumonia. 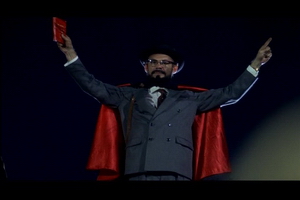