(Dental technician). The dental technician makes dentures, implants, braces, and porcelain dental elements. Another Dia do Protético is on November 5. 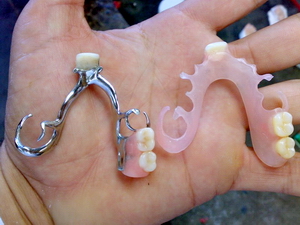 (Constitutionial Soldier). In 1932, a revolution started that lasted three months. A battle between revolutionaries and the federal army. See below.

(International Disarmament Day). This day was introduced in 2002. In that year, the organization “Sou de Paz” organized a campaign in whch almost one thousand shoes, bearing the name of the donor, were assembled in the memory of the many victims of armed violence. According to recent data, about nine out of ten murders in São Paulo have been commited with fire arms. 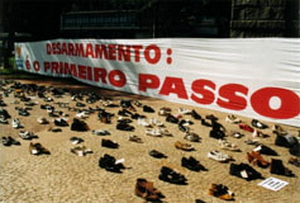 1890
Foundation of the city of Boa Vista, capital of the state of Roraima.

In 1830, capitão Inácio Lopes de Magalhães founded his fazenda at the site of the future capital. Not much later, more fazendas were constructed at the margin of Rio Brancoç in 1858 the settlement had increased to the size of a village, bearing the name Freguesia de Nossa Senhora do Carmo do Rio Branco. In 1890, the municipality of Boa Vista do Rio Branco was founded. In 1943,Boa Vista became the capital of Território Federal do Rio Branco. This Federal Territory was then renamed in Território Federal de Roraima (1962). In 1988 the Territory became a Brazilian state, the state of Roraima. The population of Boa Vista has increased significantly since the seventies of the past century, to a number of 284 thousand (2010).

Death of diplomat, musician, and columnist Vinicius de Moraes (Rio de Janeiro, 1913).
“O poetinha (the little poet)”, was the favorite nickname of Marcus Vinicius da Cruz. Vinícius was of significant influence for the Brazilian popular music, the samba, and the bossa nova. Many of his songs have become famous evergreens. Besides composer, Vinícius also was a gifted singer. One of his plays (Black Orpheus) became a movie, directed by Marcel Camus, and gained an Oscar for the best foreign film, in 1960. As a diplomat, Vinicius represented his country in the United States and in France.

1932
Constitutionalist Revolution in São Paulo.
Aim of this revolution was to end the provisional government of Getúlio Vargas, and to replace with a constitutional government. On May 23 that year, five students (MMDC; initialen of four surnames) were killed by the federal army during a student protest. On July 9, the state of São Paulo declared war against other Brazilian states. São Paulo gained support from the states of Minas Gerais and Rio Grande do Sul, and expected a short-term battle. Despite the support of the two states, defeat of São Paulo on October 2 was inevitable. However, São Paulo won a bit: a new constitutional law and the nomination of a cilivian as governor of the Brazilian state.